SloMoCo invites Grisha Coleman on the topic of Loss(y) Media and Found Futures, and to present her work the Movement Undercommons

Human movement is intrinsically expressive, affective, intuitive, and meaning making. Personal ways of moving in the world reveal discernable patterns (e.g., strategies, habits) developed over an individual's, and a culture's, lifetime: a kind of dynamic ‘fingerprint’. Thanks to recent advances in motion capture (mocap) technology, such movements can be translated into digital data at a detail density previously unimagined, unlocking new possibilities in the observation, documentation, and analysis of movement expression.

The Movement Undercommons (MU) leverages a mobile mocap system to build a repository of high-resolution data ‘movement portraits’ outside of a lab or studio. Working with material from this repository, I look to build a public installation work that animates, sonifies and ‘choreographs’ with generative movement data. I currently work with local organizations to design workshops in which community members co-create their own movement portraits - with an eye to model future methods of engagement. The project rethinks and reconfigures these emergent mocap technologies (yet to be deployed in an art or ethnographic context) to collaborate in situ with migratory and historically marginalized communities.

I am particularly interested in the collaborative process of MU because, as ethnographer Dwight Conquergood articulates, "subordinate people do not have the privilege of explicitness," and “the visual/verbal bias of Western regimes of knowledge blinds researchers to meanings that are expressed forcefully through intonation, silence, body tension, arched eyebrows, blank stares, ... the elocutionary experience of a fugitive communication.”2 MU proposes this new technology to imagine non-verbal narratives that slip the traps that propagate dominant paradigms.

What is transported through our movement as we travel? Can we speak of a movement identity, combinations of biological, environmental and embodied cultural experiences that defines an individual or a people? While travelling to Marseille, I saw communities of North and Sub-Saharan Africans with distinct patterns of movement expression, even as some had lived in southern France for decades or had never lived in the country of their elders. This project raises questions of movement vernaculars, namely, with millions of people displaced every day, what ways of life are "carried along" through expressions of the body?

As a movement artist, I look for ways to expose the beauty of movement hidden in plain sight. I am taken with the notion of movement as a marker of identity and how that confounds and enriches dialogue around identity and being ‘of a place’. The project frames a nuanced history of movement¬—creative, voluntary, coerced¬— and hypothesizes that the narratives carried in movement can be clearly and immediately recognized from extraordinarily small and sparse sets of digital information. These discrete movement shifts reflect stories of immigration and integration, evolving identity, exploring how movement identities can be an emergent property of data analysis.

In a time when “borders and bodies are increasingly regulated by data-capturing mechanisms spread across the world through information and communication technologies” this project focuses on the uncertainties, instabilities and vulnerabilities inherent in the processes of collecting, mining, and interpreting dataagainst the various modes of standardization imposed by increasingly data-driven cultural/knowledge systems.

Grisha Coleman is a time-based artist working in performance and experiential media. Her work explores relationships between physiological, technological and ecological systems. As faculty, she holds the position of associate professor of movement, computation and digital media in the School of Arts, Media and Engineering, with affiliations in Schools of Dance and the Design. Her art and scholarly work, echo::system, is a springboard for re-imagining the environment, environmental change, and environmental justice. Her research in movement and somatic methods informs her teaching as well as supporting transdisciplinary research; she is a member of The International Somatic Movement Education & Therapy Association (ISMETA), and works with modalities of Body-Mind Centering ™ and The Feldenkrais Method™.

Coleman is a New York City native. Her work has been recognized nationally and internationally; including a 2012 National Endowment for the Arts in Media Grant [NEA], the 2014 Mohr Visiting Artist at Stanford University, a fellowship at the STUDIO for Creative Inquiry at Carnegie Mellon University, and multiple grants from the Rockefeller Multi Arts Project Fund, The Surdna Foundation, and The Creative Capital Foundation. She performed as a member of the acclaimed dance company Urban Bush Women and founded the music performance group HOTMOUTH, toured extensively nationally and internationally, and was nominated for a 1998 NYC Drama Desk Award for "Most Unique Theatrical Experience." 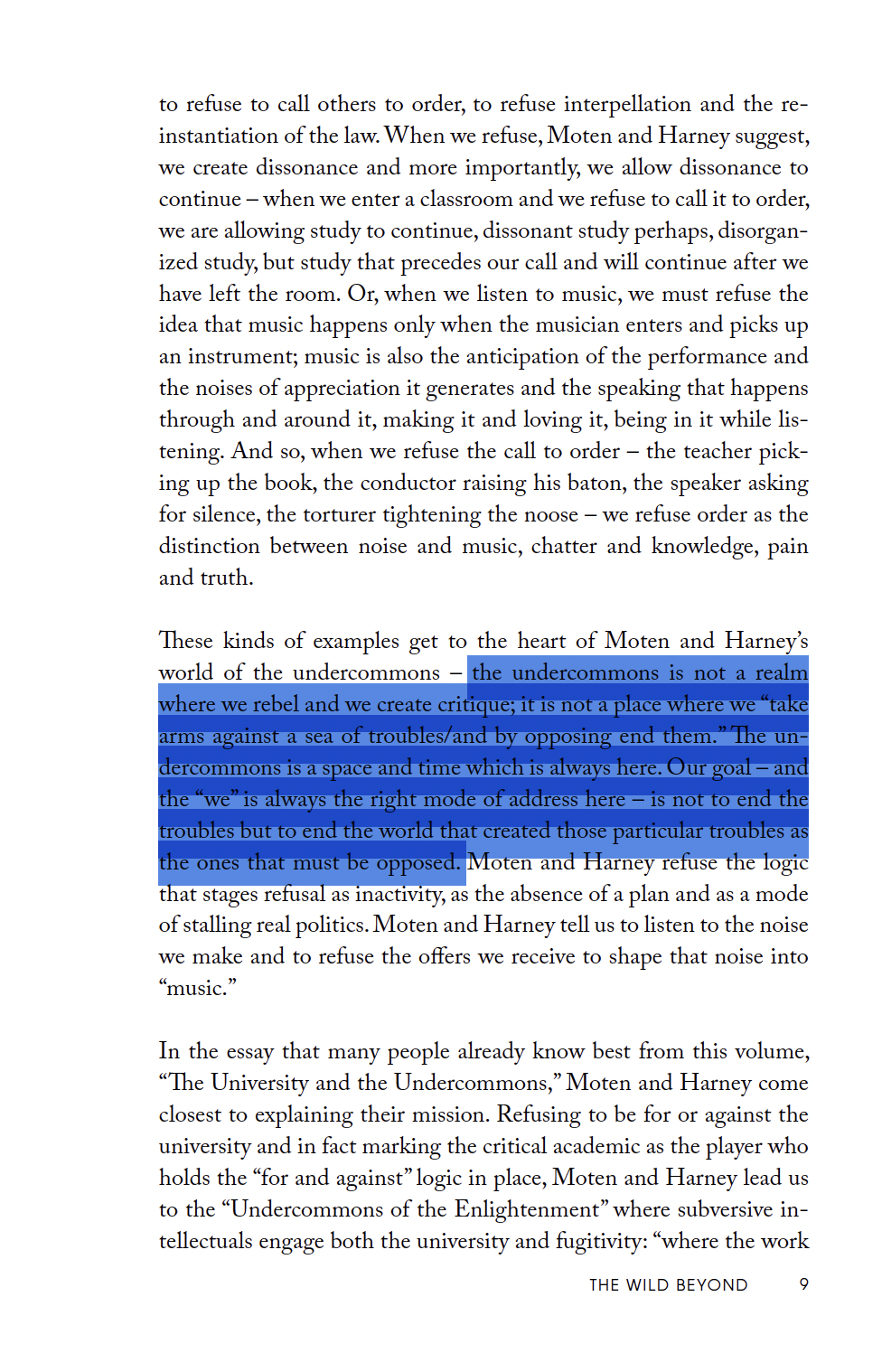